The short answer – YES. But, let’s break it down and take a look at what exactly a Notice to Appear really is.

Florida Rule of Criminal Procedure 3.125 states that unless indicated otherwise, a Notice to Appear means a written order issued by a law enforcement officer in lieu of physical arrest requiring a person accused of violating the law to appear in a designated court or governmental office at a specified date and time.

In Duval County, a Notice to Appear comes in a few forms. It can look like a traffic ticket for charges like Driving While License Suspended or Expired Driver’s License for More than 6 Months. Notices to Appear can also be issued for certain 1st and 2nd degree misdemeanors such as marijuana or drug paraphernalia possession and petit theft or violations of municipal ordinances like drinking in public and open container. For those charges in Duval County, you can receive an actual document titled “Notice to Appear.” Please understand, these are the equivalent of a physical arrest in terms of criminal charges. It will show up on a criminal background check and could result in a criminal conviction. You should consider contacting a criminal defense attorney to discuss your options.

Who can issue the Notice to Appear?

1. the accused fails or refuses to sufficiently identify himself or herself or supply the required information;

2. the accused refuses to sign the notice to appear;

3. the officer has reason to believe that the continued liberty of the accused constitutes an unreasonable risk of bodily injury to the accused or others;

4. the accused has no ties with the jurisdiction reasonably sufficient to assure the accused’s appearance or there is substantial risk that the accused will refuse to respond to the notice;

5.the officer has any suspicion that the accused may be wanted in any jurisdiction; or

6. it appears that the accused previously has failed to respond to a notice or a summons or has violated the conditions of any pretrial release program.

If any of these apply, you will not be written a Notice to Appear but will be taken into custody and transported to jail for booking.

1. residence and length of residence in the community;

2. family ties in the community;

5. past record of convictions; or

6. past history of appearance at court proceedings.

But my Notice to Appear doesn’t have a court date. What should I do?

You have two options: you can contact the Clerk of Court and get one set or you can contact an experienced criminal defense attorney. There are time restrictions on getting the court date set.

Remember, just because you weren’t physically arrested doesn’t mean these charges won’t follow you for the rest of your life. An experienced attorney can speak with the Assistant State Attorney and get additional reports and information from the officers. 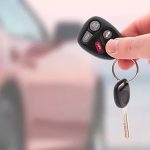 How can the State prove DUI in Florida? 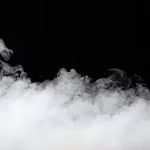 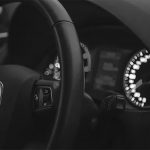 You deserve and will receive personalized representation because every person is different and every case is unique.